When the Mars mission left Earth orbit it was moving away from Earth. As Earth continued its orbit, it began paralleling the course of the ESS Sagan. Now the relative distance between the Earth and the Sagan were increasing at a lesser rate which meant the time delay between Earth and the crew was leveling off. 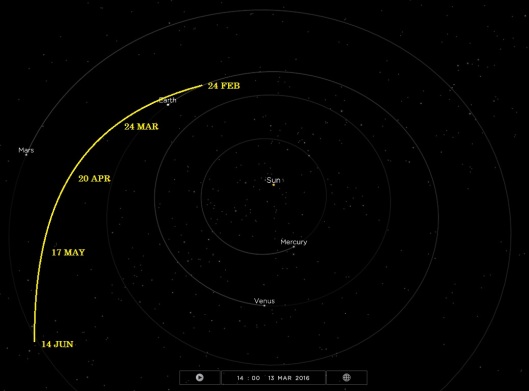 “Things are moving fast now, Director. They are now saying we are on track to put up fifty Quill sections in the next thirty Earth days, and I won’t be surprised if that is at sixty sections by this time next month. Our biggest issues are the equipment, supplies, and personnel. We have enough cargo planned for the next month or so, and we have three crews in training, but we need to determine the additional roles needed on the accelerated schedule.

The Engineering team is having a field day with the Storm Crater idea, and with your request for rapid surface transportation. I’m not sure I’ve ever seen them so excited. Your Areology Officer, Steve Conner, is going to have a long list of minerals and compounds to find at the landing site. It seems Martian cement and Martian glass are both a priority for the Engineering team.

We’ve had requests for interviews from everyone. I know you can’t do many, but I think it will be important to do three or four in the next week or so. I’m sending you a list, but the one’s I think you should give the strongest consideration of doing are, the BBC, Space.com, New York Times, Reuters, the Science Media Centre, and the Charlie Rose Show. I would put the Charlie Rose show at the top of my recommendations. They won’t send us questions in advance, but will transmit three questions, and while you are responding to them, they will transmit more questions, so it will feel like a real-time interview to you with no time delay.

Economists are predicting our accelerated schedule will grow the world GDP by three percent this year, and as much as a seven percent increase next year. Member countries will see most of the growth, and we have ten new countries that want to join.

Finally, Daylight Saving Day was a non-event. We arrived ahead of schedule and most of the administration team slept well during the flight. Everyone is occupied with the new schedule, and no one had time to worry about what happened last time. I love Nippon and it feels great to be here. I’ll wait for your response, otherwise I’ll check in with you at 14:00 NST.”